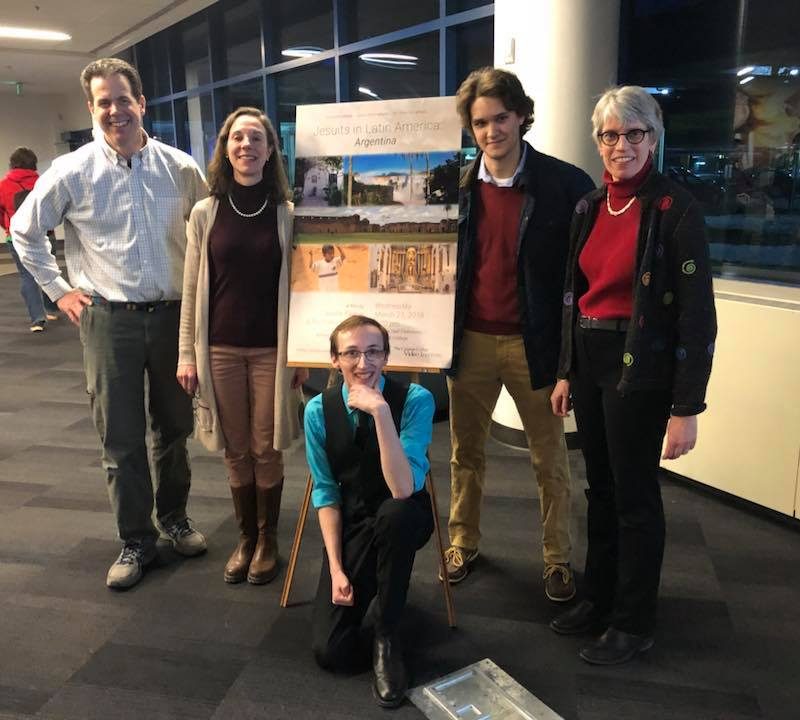 The Canisius College Video Institute premiered its latest documentary on Wednesday, March 21st at 7 p.m. in the Science Hall Commons.

“Jesuits in Latin America: Argentina,” produced by Nicholas Foraker (DMA/COM ’18) and Justin Fague (DMA/COM ’19), follows a group of Canisius students as they travel to Argentina with the college’s Institute for the Global Study of Religion (IGSOR).

“We view the evolving Jesuit Mission since Pope Francis became the leader of the Catholic Church, straight from a Jesuit Priest and Jesuit student,” said Fague.

As part of a course about the Jesuit mission in Argentina, the group spent time in Cordoba, Igazu Falls, Buenos Aires, and Paraguay.

“The trip was two weeks in total – Nick and I had to pack all of our camera equipment into carry on bags, which fit relatively nicely. We all flew into JFK International airport and began the nearly 12 hour flight to Buenos Aires. From there, we hopped on a flight to Cordoba. We began filming on our first full day and got a lot of fairly good footage. It’s odd shooting in a new environment, especially when that new environment is a new country where we don’t speak the language!“ said Fague.

They visited several estancias in Argentina to learn about the evolving view of the Jesuit mission since Pope Francis became the leader of the Catholic Church. Travel and production were made possible by funding from The William H. Fitzpatrick Institute of Public Affairs and Leadership, IGSOR, and the Video Institute.

The Fitzpatrick Institute encourages Canisius students to develop leadership potential through close contact with, and exposure to, those involved in societal leadership with travel experiences in the US and abroad.

IGSOR exists in order to promote interest in the study and practice of religion within the Canisius College community and the wider community of Western New York.

The Canisius College Video Institute provides students with opportunities to put their classroom lessons to work on projects that enrich their learning and benefit the greater community.